Of iPhone, iPesach and iYom Hashoah. 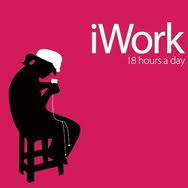 Because of my recent contribution to Apple’s earnings, this Passover-Yom Hashoah season I am compelled to address the result of the audit conducted by the US Fair Labor Association on Apple’s contracted manufacturing facilities in China.  In particular, the report covered the Foxconn's Shenzhen Longhua (easy for you to say) factory whose 18 of its employees have committed suicide since 2010.  The US Fair Labor Association was asked by Apple to investigate working conditions at Foxconn after reports of long hours and poor safety conditions were reported.

The audit read like a “laundry list” of labor and human rights violations.  What surprised me was that some of the violations infringed on China’s own labor laws, which leads me to believe that some Chinese government official are being bribed to overlook these violations.  Government corruption in a communist state?  I’m shocked!  Some of the conditions listed are:

If you’re still reading this, you are probably thinking that I’m advocating to “stop buying iApple stuff until they fix this”.  No, I’m not going to say that.  The reality is that this is a Chinese problem and the only thing Apple can do is to pressure the Chinese government to enforce the law and to reward manufacturers who abide by the law with a bigger profit margin.  Based on Apple’s last quarterly earnings, as state above, they can easily do that and still provide their shareholders with a hefty return on their investment.

The practice of slave labor, convict labor is well ingrained in the Chinese culture.  Communism was supposed to eradicate this aspect of Chinese practice but as in other aspects of justice, it failed miserably.  I suspect that the “Great Wall of China” was not built with union labor.

Because of the history of labor exploitation in China, Apple is not the only U.S. company contracting unethical (from a western point of view) manufacturers.  I understand Hewlett-Packard, Microsoft and many others in the electronics industry face the same issues.  To Apple’s credit, it has conducted their own investigation of the appalling conditions inflicted on labor producing
Apple products by contracting The US Fair Labor Association and accepting their findings.  Of course, had it been a quality control issue resulting in loss of sales, this situation would have been addressed a long time ago.  Foxconn has agreed to rectify all the violations pertaining to what Apple views as unsafe and unreasonable working conditions.  To this end, Foxconn will expand their facilities and recruit the necessary labor force to ease the mandatory overtime and reduce working hours to comply with labor laws.

For those who would argue that bringing these jobs back home (U.S.) would eliminate this type of abuse.  I say, “it is not going to happen”!  But, for the sake of me making my point, let’s say we do bring these types of jobs back to the U.S.  The price point of these products would be so high that few would be able to afford them.  Moreover, those that would be able to afford these electronics would keep their appliances longer resulting in less innovation thereby reducing the number of engineers working on research and development.  But wait!  There’s more.  The Chinese worker that we are so desperately trying to protect will be unemployed and return to a life of dependency on the Chinese communist government and isolation from the global marketplace – kind of a real big North Korea.  Now, that is scary.

We, the West, did not create this human slave market, but we profit from it.  Correcting the problem with tools that we have, such as our consumer power, is the best way to deal with unjust, cruel and inhumane labor practices.  Historically slavery initiates within ones homogeneous group.  Biblically speaking, Joseph was sold into slavery by his own brothers – Note to parents and grandparents:  Don’t have favorites and never, never say you have a favorite, and never identify the favorite.  Note to favorites:  It is never a good idea to boast if you are the favorite.  But then again, had Joseph not been sold into slavery and the Israelites not moved to Egypt there would be no Exodus and no Passover and I would not be pontificating about slavery.  But, I digress.

Before we get all high and mighty about how our labor laws empower the employee, let’s take a stroll down memory lane, shall we?  These are examples of  ethnic groups enslaving members of their own ethnicity.

On March 25, 1911, only one hundred and one years ago, 146 workers died, mostly young women from immigrant families.  The fire was deadly because of the height of the building, the amount of fabric and flammable material inside, the lack of proper fire escapes, and exits that were locked to prevent workers from taking breaks.  Many fell or jumped to their deaths.  The tragedy brought greater awareness to sweatshop conditions, which led to widespread changes in labor practices and the movement towards legal protection of workers' rights.
The Triangle Factory was owned by Max Blanck and Isaac Harris, Jewish immigrants who had made their fortune as “The Shirtwaist Kings.”  The shirtwaist, a necessity of women’s clothing during the late Victorian Era, was immensely profitable, but by 1911.  In order to maximize profits in a trade with low start-up costs, Blanck and Harris took advantage of the enormous immigrant masses entering New York in the early twentieth century.  They set up a sweatshop on three top floors of a high-rise building and hired workers, mostly women, for very low pay.  They also hired children.  One corner of the factory was known as the “Kindergarten,” where young girls sat for 12 hours days snipping threads.  The average working day for all workers was 12-14 hours at least 6 days a week.  That included Saturday, which clearly indicate the lack of regard to their own ethnicity, because 60% of the workers were Jewish women, as were their employers.  During the peak production season, which was eight months of the year, the women were required to work all 7 days.  A sign above the elevator read, “If You Don’t Come In On Sunday, Don’t Come In On Monday.”

Notice the similarity of gender, age and conditions between the Triangle Shirtwaist workplace then and the Foxconn workplace today.

Read more about it this tragedy here.

The Zwi Migdal was an organized crime group named for one of its founding member.  The original name was the Warsaw Jewish Mutual Aid Society whose members were eastern European Jewish men.  The most profitable area of the operation was white slavery of Eastern European Jewish women in Argentina, Brazil, India, China and South Africa.

To me, what is most disturbing about Zwi Migdal is that they would prey on their own poor, illiterate suffering innocent women who could have been their daughters, sisters, nieces.

Click here to read an article by Lyn Center on the Canadian Secular Jewish magazine, Outlook, which offers a summary of the book by Isabel Vincent, Bodies and Souls, HarperCollins Publishers, 2005.

Ghezo, the king of Dahomey, current day the country of Benin in Africa, engaged in tribal warfare with neighbor tribes in order to gain territory and by so doing, the Dahomey tribe would have more resources in hunting and agricultural territory.  In 1727, Ghezo seized Ouidah, a coastal city on the gulf of Guinea where the Portuguese had established their presence by erecting a fort to safeguard their trade of European goods for Africans goods.  As customary in 17th and 18th century African tribal warfare, after a tribe was defeated, every member of the defeated tribe would be slaughtered in order to prevent a counter attack on the conquering tribe.

By taking Ouidah, Ghezo is now the trading partner of the Portuguese, and not having anything to trade with for the European weapons and utilitarian goods, Ghezo offered captured tribes as currency.  The Portuguese accepted the prisoners and in the process contributed to hundreds of years of cruelty and injustice to generations of Africans in the Americas and Caribbean.

When we look back at the insurmountable human suffering over the course of known history, we tend to compartmentalize the historical tragedy with just two components, tyrants and victims.  Once the two extremes are identified, those in the middle are dismissed as being bystanders without any culpability because they lack direct involvement in the decision making of the inhumane conditions imposed on their fellow humans.

The “middle” is the power, as in “middle class”.  In most cases, they are the majority and benefit from the underprivileged conditions imposed on their fellow humans.  Simply put:

þ    Every European that enjoyed a piece of Viennese pastry and a cup of Viennese coffee infused with chocolate contributed to the mid-Atlantic slave trade;

þ   Every French family that acquired a bigger apartment as a result of a Franco-Jewish family being removed to a concentration camp, contributed to the Shoah (Holocaust);

þ   Every “John” that paid for the sexual services of a “Polaca”, contributed to the white slavery of Eastern European Jewish women;

þ    Every time we buy produce, whether it is from the U.S. or abroad, we are responsible for the inequality in wages for the “Mexican” farm workers;  and, more to my original point,

Email ThisBlogThis!Share to TwitterShare to FacebookShare to Pinterest
Labels: Opinion